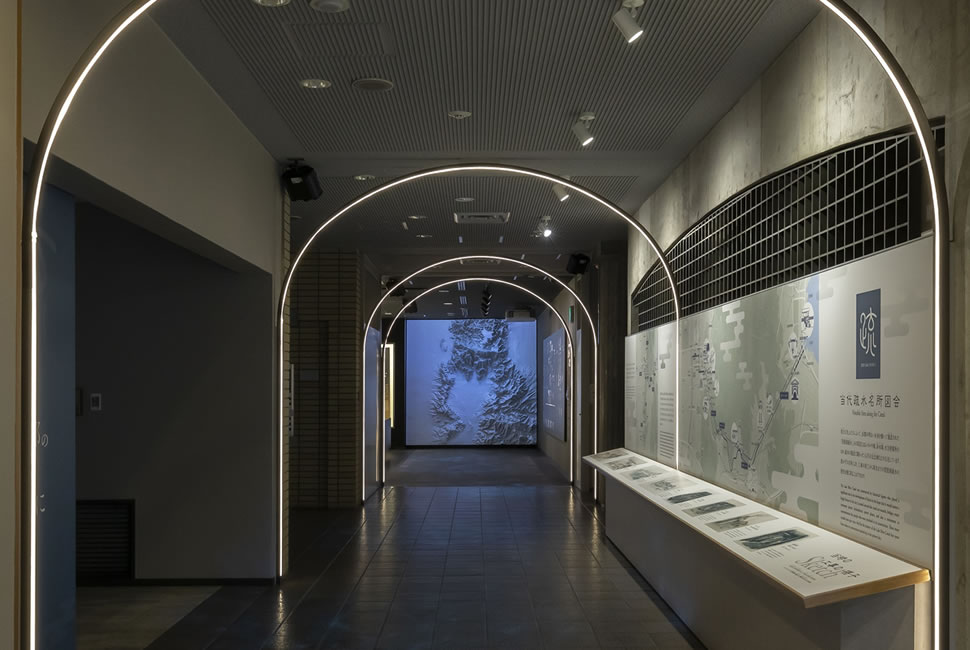 As well as tunnel arches from the Lake Biwa Canal and lighting that takes its inspiration from the rippling of the water in the canal, you can also find panels that introduce notable places along the canal. 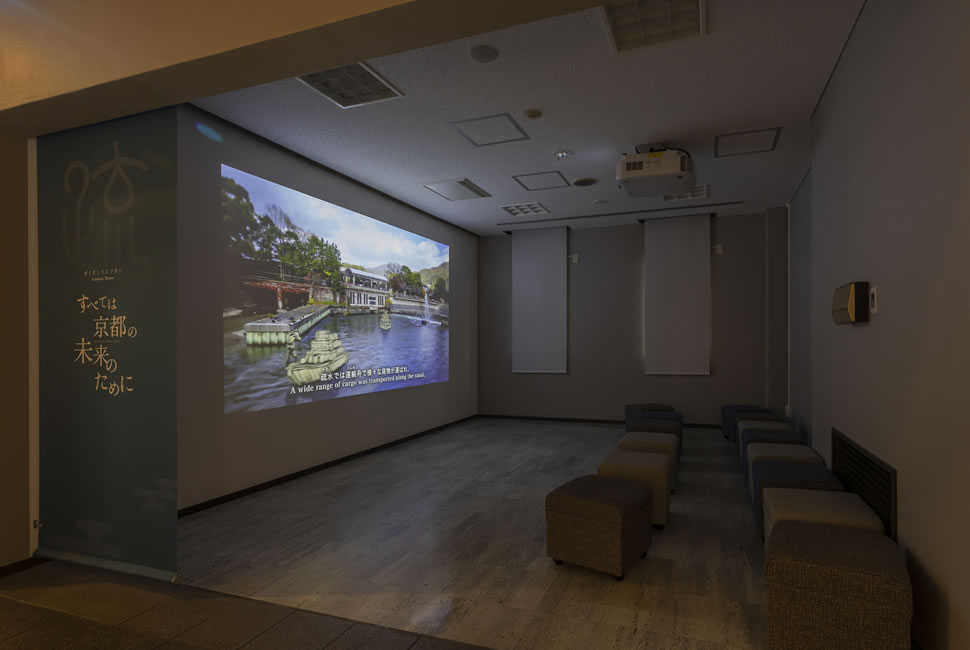 The theater shows a movie that explains the passion of and difficulties faced by the people involved in the construction of the Lake Biwa Canal in an easy to understand way, and shows viewers the wonderful sights that can be seen along the canal. 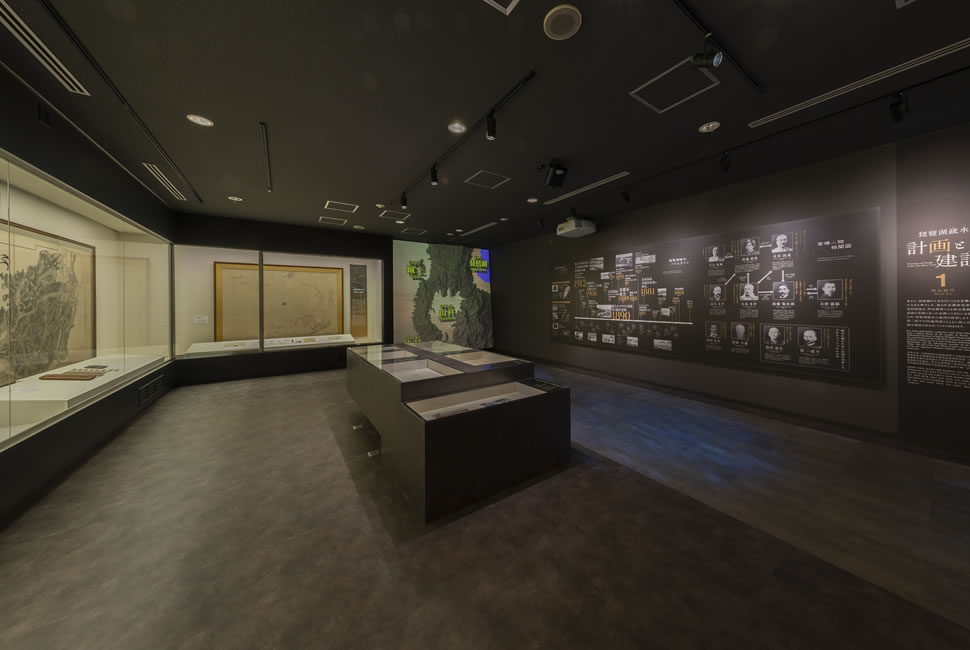 The third Prefectural Governor of Kyoto Kitagaki Kunimichi planned the Lake Biwa Canal as a great project to revitalize the city of Kyoto. The canal was then brought to fruition by the engineers Minami Ichirobe and Tanabe Sakuro. Exhibition Room 1 explains how the Lake Biwa Canal was planned and constructed.

On display are valuable documents including precision survey diagrams. 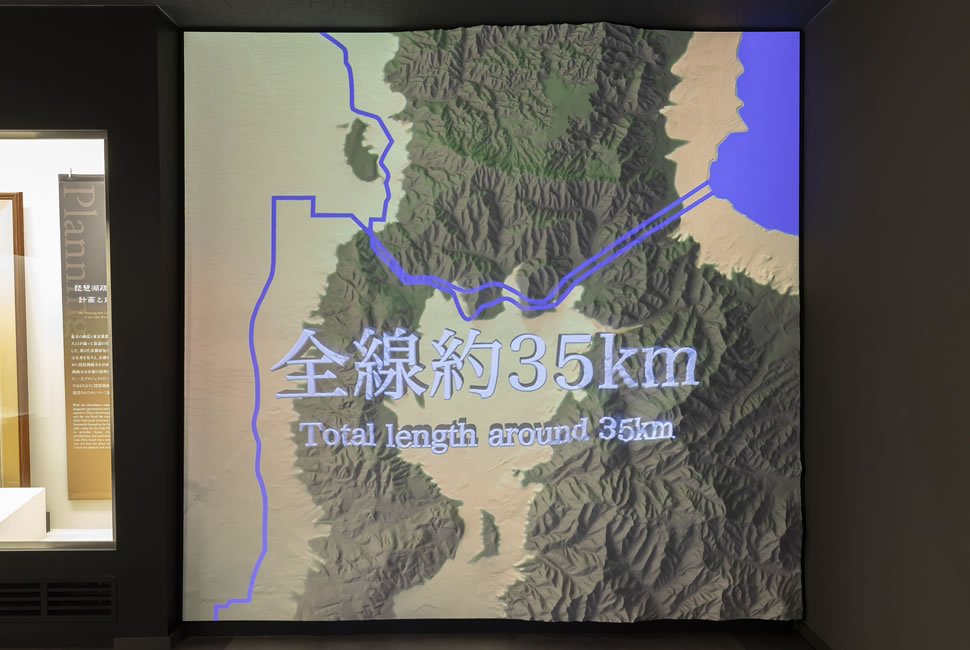 Projection mapping gives you a sense of how canal construction proceeded and its scale. 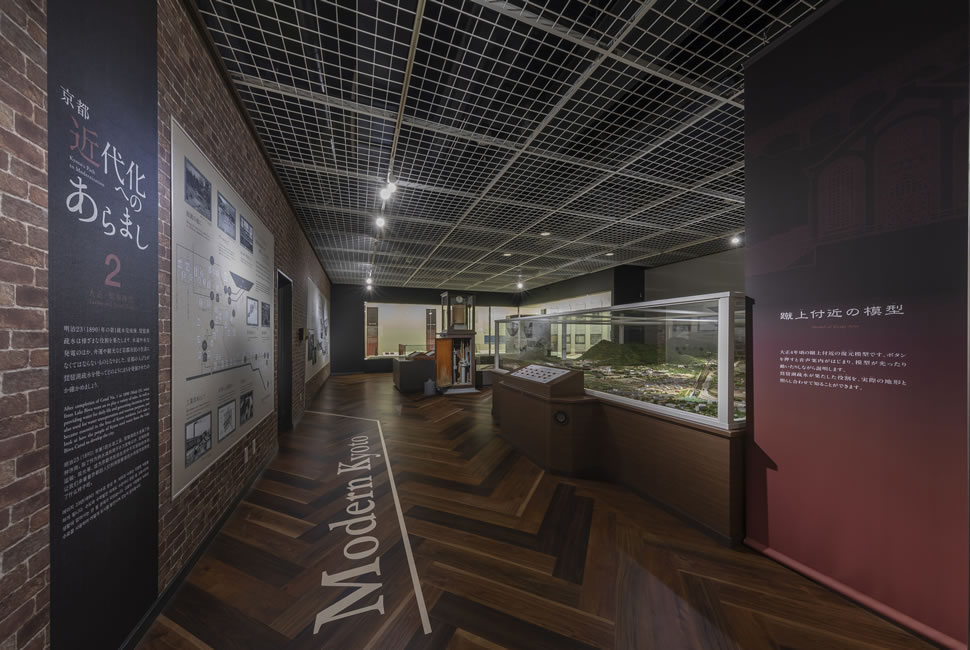 Canal No. 1, which was completed in 1890, fulfilled a number of roles including hydroelectric power generation and water transport. With the completion of the Three Great Works in 1912, Kyoto was transformed into a modern city. Exhibition Room 2 explains how the people of Kyoto used water from the Lake Biwa Canal to develop the city.

2An introduction to the people who strove to bring the plan for the Lake Biwa Canal to fruition. 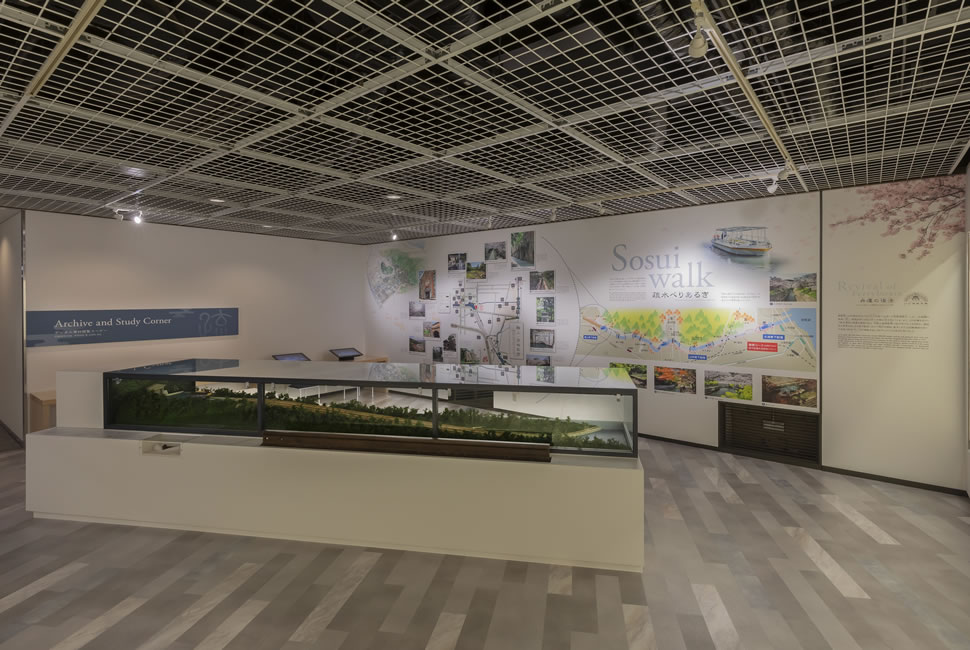 The role that water from the Lake Biwa Canal plays has changed greatly with the times. Water transportation died out with the development of railways and automobiles, and watermills disappeared as agricultural land turned into residential land with the increasing population. However, water from Lake Biwa Canal continues to support life in Kyoto by providing, among other things, a water source for the water supply as well as generating electricity. Enjoy learning the story of the canal from turbulent past times to the present and into the future. 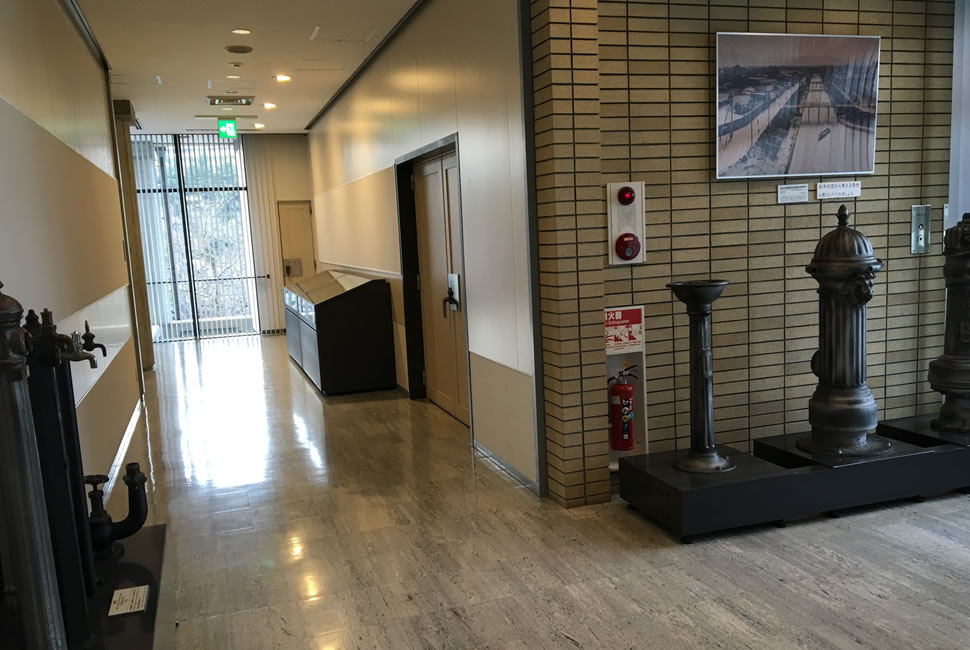 Special exhibitions are held on the second floor, and in these exhibitions you can see documents not included in the permanent exhibition. 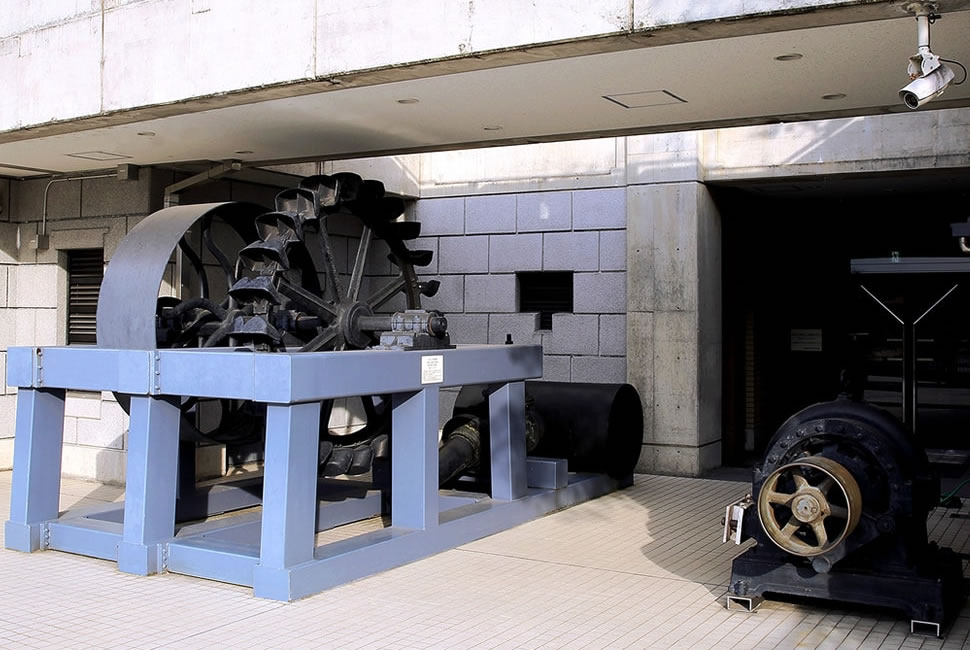